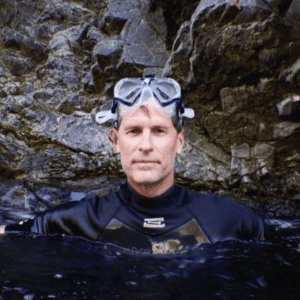 Long ago when the world was new Jim earned a B.S. in Biophysics at the University of Michigan.   He continued there and received a Masters in Public Health focusing on water quality and a Masters in Environmental Education.  Jim has taught climate change units for almost 30 years, mostly at Ashland High School in regular and AP Environmental Science classes.  Many of those featured transportation subunits with a big emphasis on biking.  One of those classes developed a bike share program in Ashland and many had bike field trips.  For 16 months he volunteered 10 hours/week on the ad hoc committee to help develop the City of Ashland’s Climate & Energy Action Plan, which was adopted in 2017.  During Jim’s last two years teaching he pioneered Oregon’s first science class totally dedicated to climate change.  Now retired for almost two years, Jim is the president of the Ashland Solar Cooperative and on the leadership team of the Southern Oregon Hybrid/Electric Vehicle Association.  To recharge his batteries, Jim uses level one charging mostly and enjoys guitar, ukulele, tennis, mindfulness, hiking and snorkeling.  Lucky for him he has an awesome wife to share many adventures with.